Hello! The weekend was more as welcome to cheer up my vague mind after a quite stressful and long work period. On Saturday which happened to be Valentine, me and my beloved one headed to Dog's home to check out a gig of Roctum. Like I mentioned in the previous post the band was totally unknown to me, but my other half convinced that it's something worth seeing. And it was. Toilet paper flew over the bar like also balloons and paper chaff. Different costumes filled the stage and the audience seemed to enjoy the show. Something different so to speak.

On Sunday morning it was more as difficult to open the eyes, but in the end I crawled up and ended up meeting these lovely bloggers to Monttu bar. Which would be a better way to start your morning as drinking a cold beer with a good company? ;) Fortunately I had a day off today. 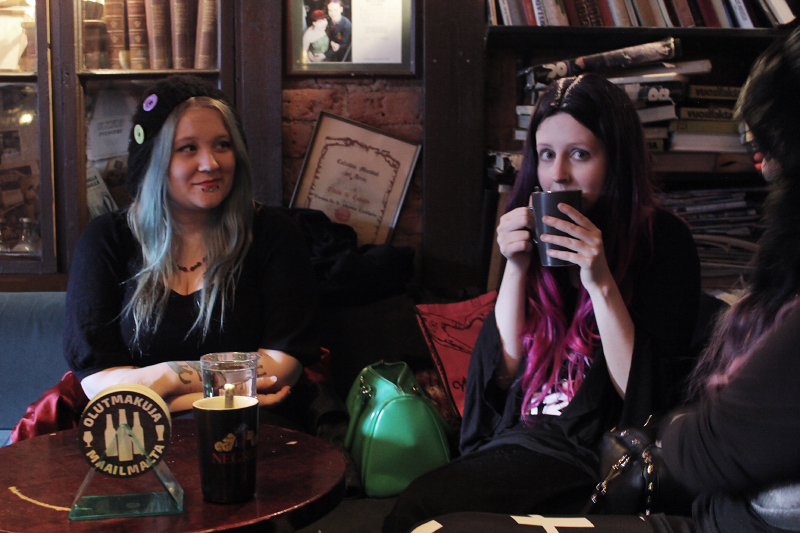 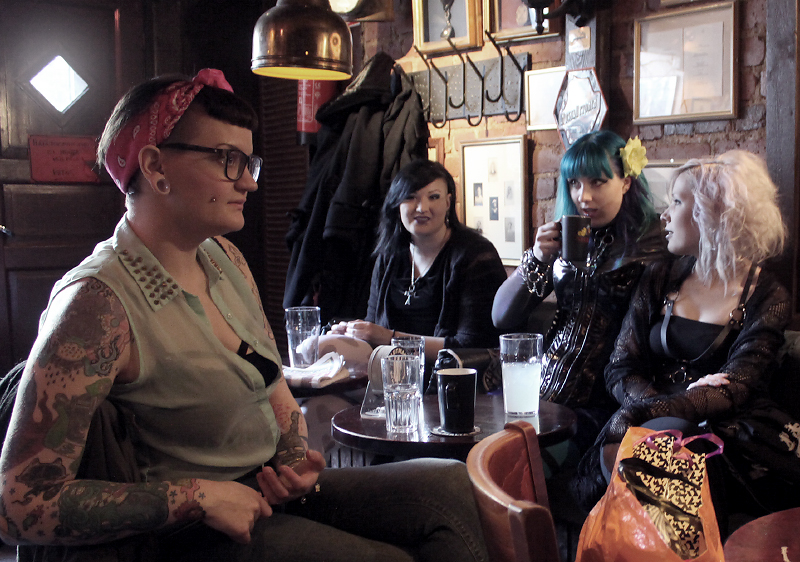 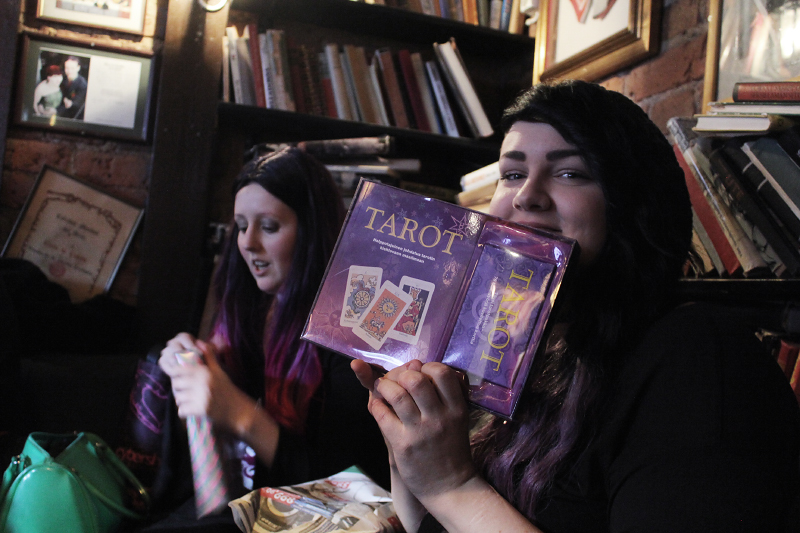 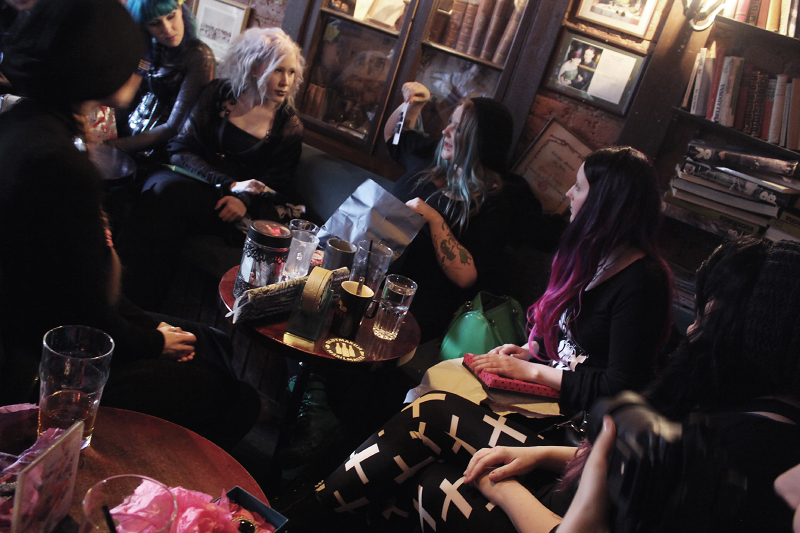 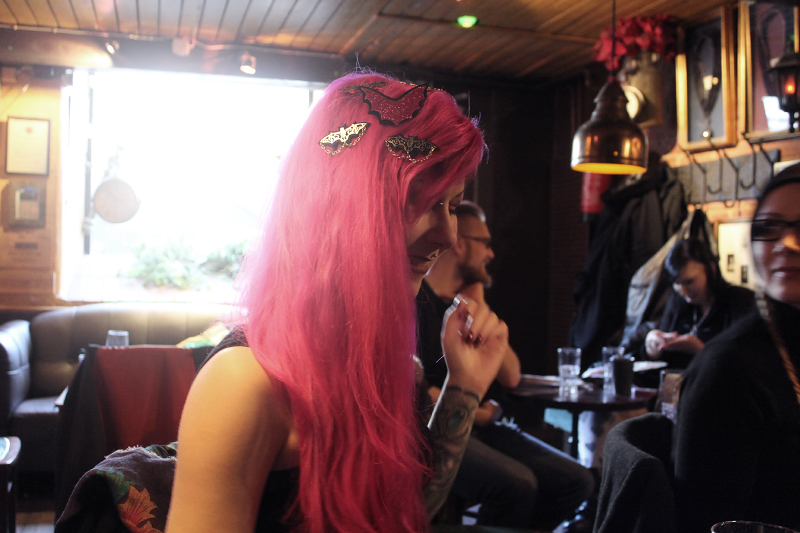 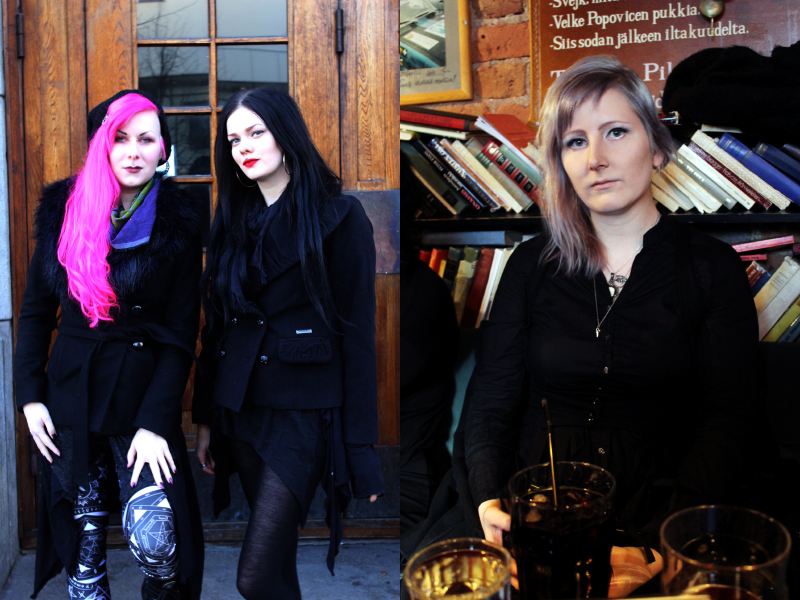 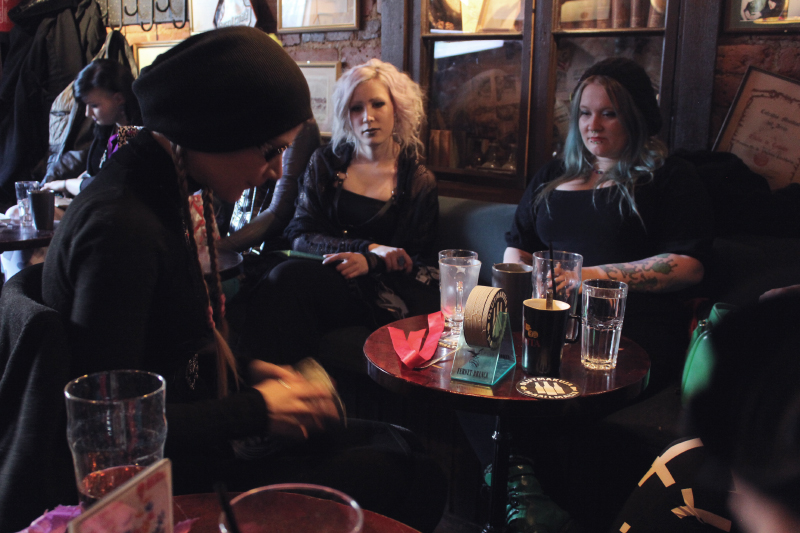 Friday 13th came up and to my delight nothing unpleasant happened, actually I think that yesterday was the best day of a week so far. Otherwise the week has been quite burdensome. A few ponderous days at work which makes me think of my future's path again, but not more about it. I'll trust that my intuition will lead me to the right direction.

I paid a visit to the cinema yesterday. Fifty shades of grey got its premiere  in Finland yesterday and my afternoon blazed emptiness so I decided to go to see this so expected film and I need to admit that I liked it although such a many people have told me that the whole story sucks and it's just a soft porn with no sense or a copy of Emmanuelle. From my point of view the film was well managed and stylish as a whole.  I hadn't read the books beforehand, but after the movie I headed to a bookstore to buy the first part of a trilogy. I have regarded these books many times at the bookstore, but somehow I have left them always to the store. Light fantasy literature is welcome to fill my evenings especially after work when the brains just want to turn in and the mind wants to escape the substance. I understand that some people can't stand the whole subject, but for those I just recommend to pass it. Have you seen the movie or read the books? What do you think of it?

A reason for this post is simple, I want to wish you all dark souls and other creators happy Valentine's day! I had today an ordinary workday and in the evening I'll head to the bar with my beloved. There is some gig and I don't have any idea of the band. 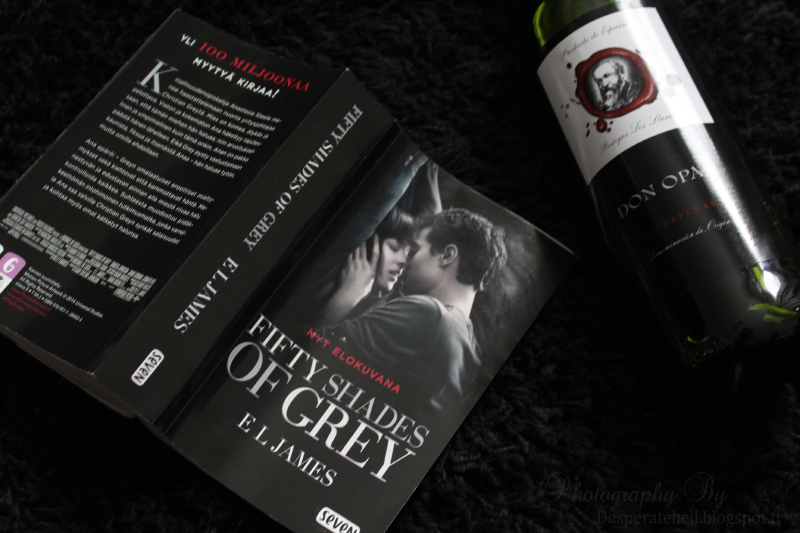 The trick is to keep breathing

Hello! Light is increasing which is nice because it makes possible to take outfit pictures after work. I wait for the spring to come, lighter clothes and high heels are tempting. This winter has lasted forever or at least it feels so. I so would like to say good bye to my combat boots and dig my bike  out of a warehouse. 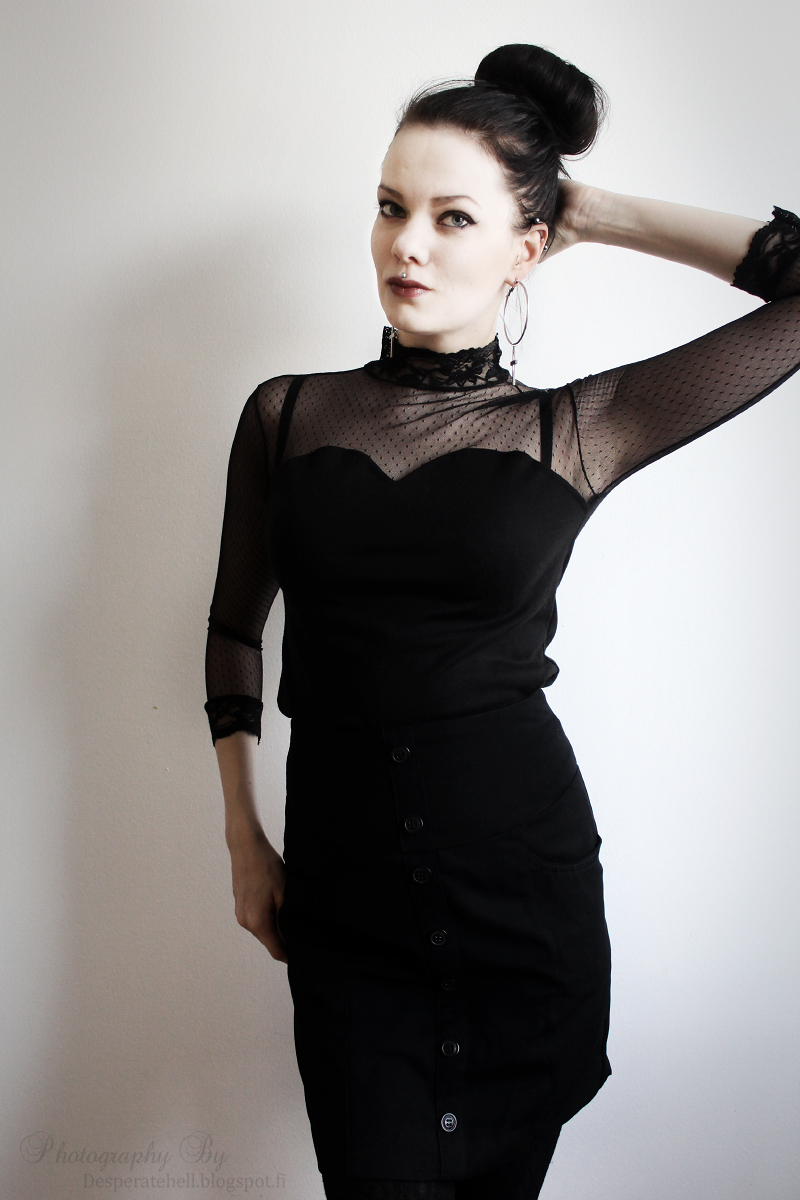 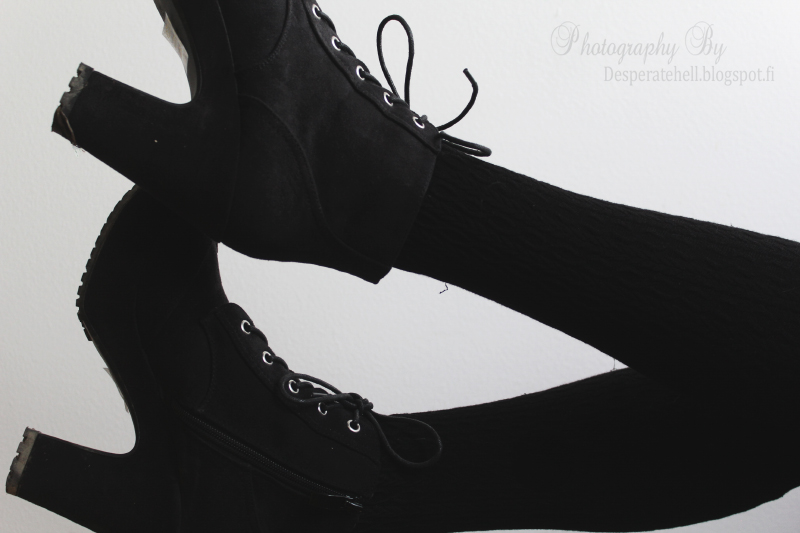 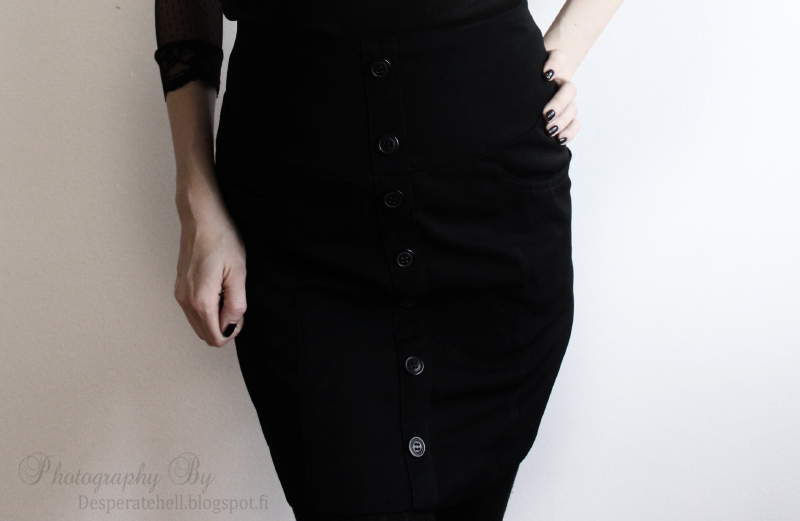 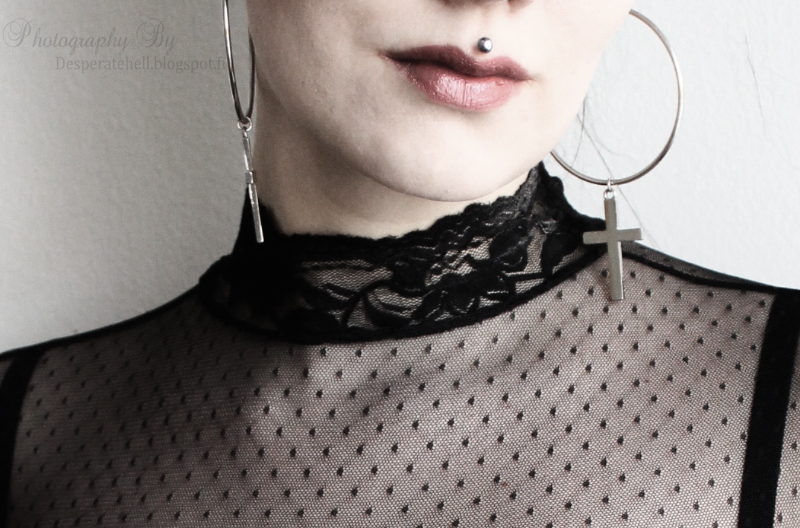 Day's outfit consisted of a self made pencil skirt and Restyle's shirt. Quite workaday outfit, but still a bit solemn. I have totally forgotten that I have that skirt. I made it myself over a year ago, but I haven't worn it just at all. Should definitely wear it more in the future. My wardrobe is a big mess and someone could come to clean it up.
Lähettänyt Suski klo 15.32 2 kommenttia: 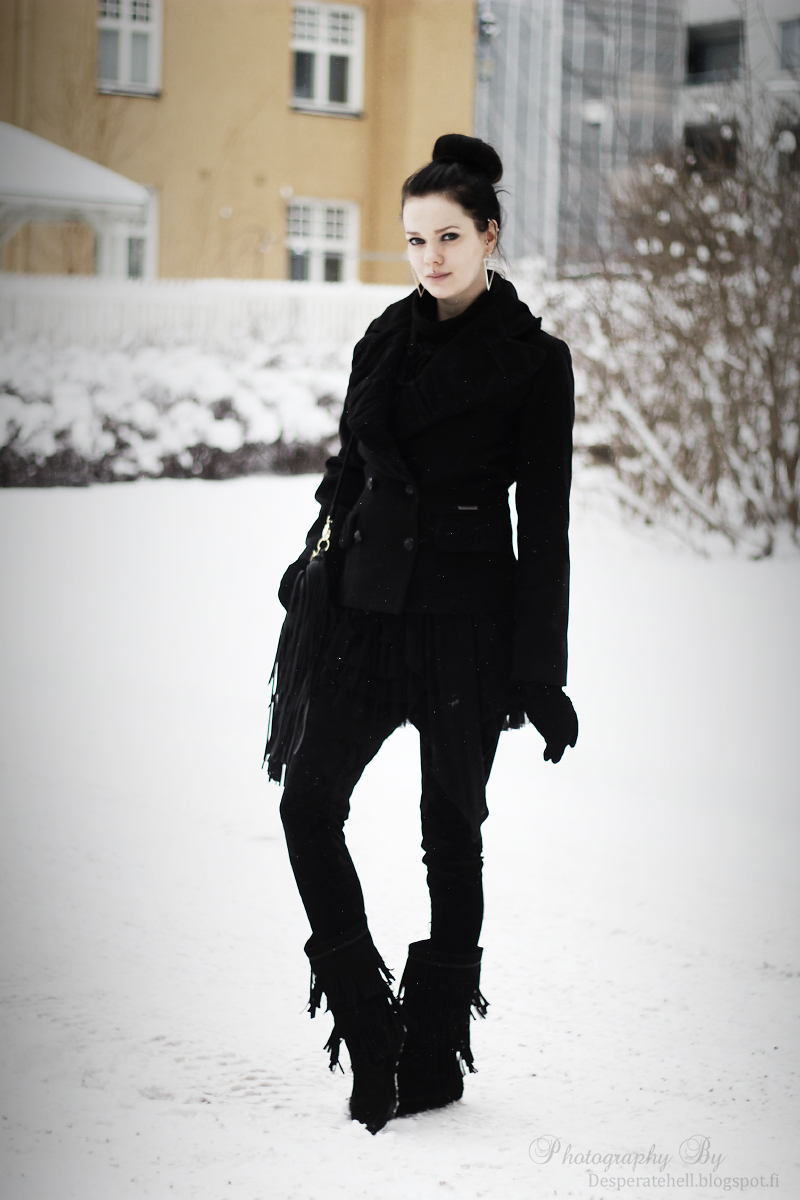 My Wednesday's outfit. We were going to a flea market with my other half and I asked him to take a pic from me. And this time my hair was up! Most people have told me that I should keep my hair up more often. The truth is that I keep them up really often for instance always at work because I don't want that the hair is hanging in front of my eyes. Last summer I bought a hair bun ring donut which is awesome. It's quickly to set up and the hair stays up nicely. Probably I will buy a smaller version of it later so that I can try different hairdos.
I found a lovely black lace dress from the flea market and I nearly bought the boots until I changed my mind. My vestibule is filled with the shoes so I try to limit myself a bit. Those boots would have been nice, the wedges with a lacing, but the material was cheap fake leather which was a bit worn out and the legs were too loose to my shanks.
Lähettänyt Suski klo 9.22 10 kommenttia: 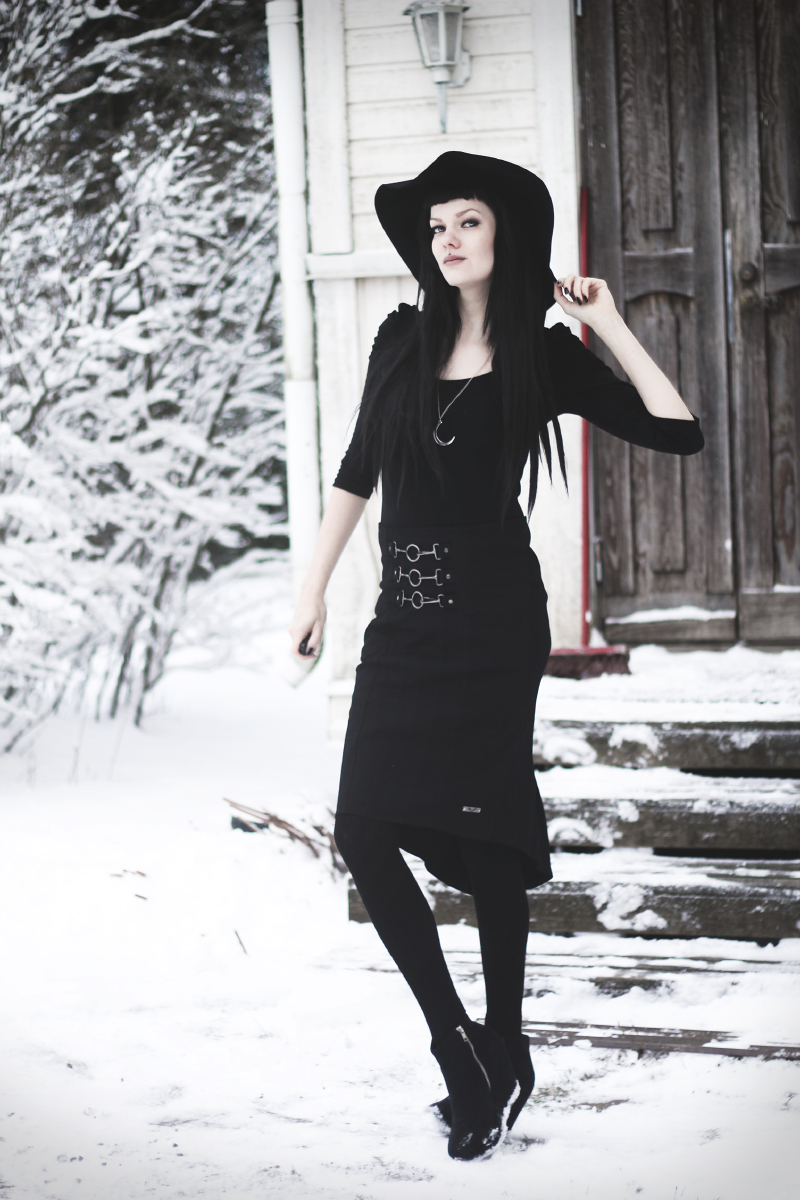 My new lovely pencil skirt from Queen of Darkness. I have yearned a skirt like this forever and when  I get a chance to pick up the skirt from Queen of Darkness' collection I knew what I want. (okay there was a bunch of nice skirts, but anyway...) There are three buckles in front and two behind. A hem is a bit asymmetrical  which is good and there are pleats back aswell. I like! This goes well for instance at work and I'm sure will wear this a lot. What do you think? 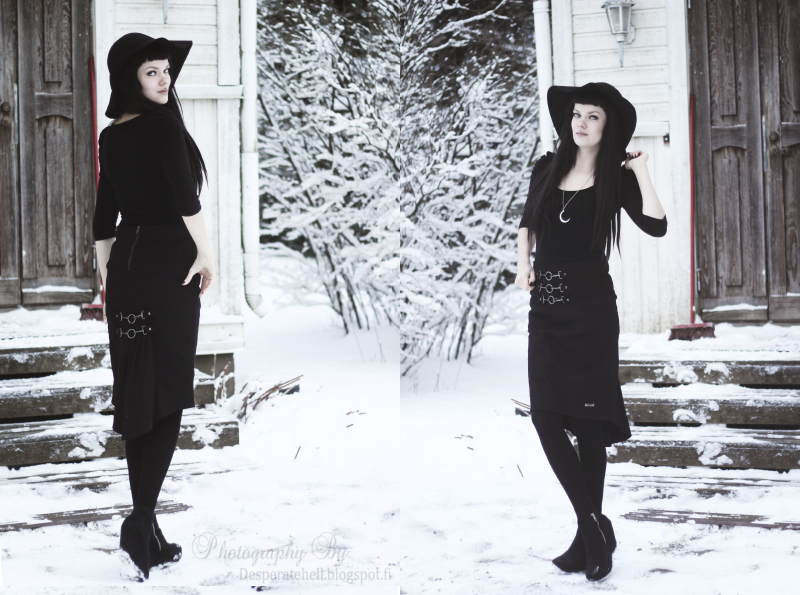 A hat is from Ebay, skirt and shoes are second hand findings in case that some of you are eager to know.
Lähettänyt Suski klo 8.23 17 kommenttia:

'Beam me up, Scotty'

Hello lovelies! A week rolled and the weekend appeared with a few events. On Friday we visited an photo exhibition named Silence with Niina. It was a free entry in the art museum which is situated near to my flat and I had a day off.  The exhibition included mostly black and white pictures by Janne Laine. Some photos were interesting, but I wouldn't say that they were awesome for there were also some quite boring shots among. I liked the shade of the photos and hazy atmosphere. Black and white works always for me.

At the night we went to the bar with my beloved to see Jupi7er's gig which was good. I drank a few beers and it was fun to visit the bars in a long time. Yesterday I suffered from the headache so a day spent on the sofa with the poor movies. 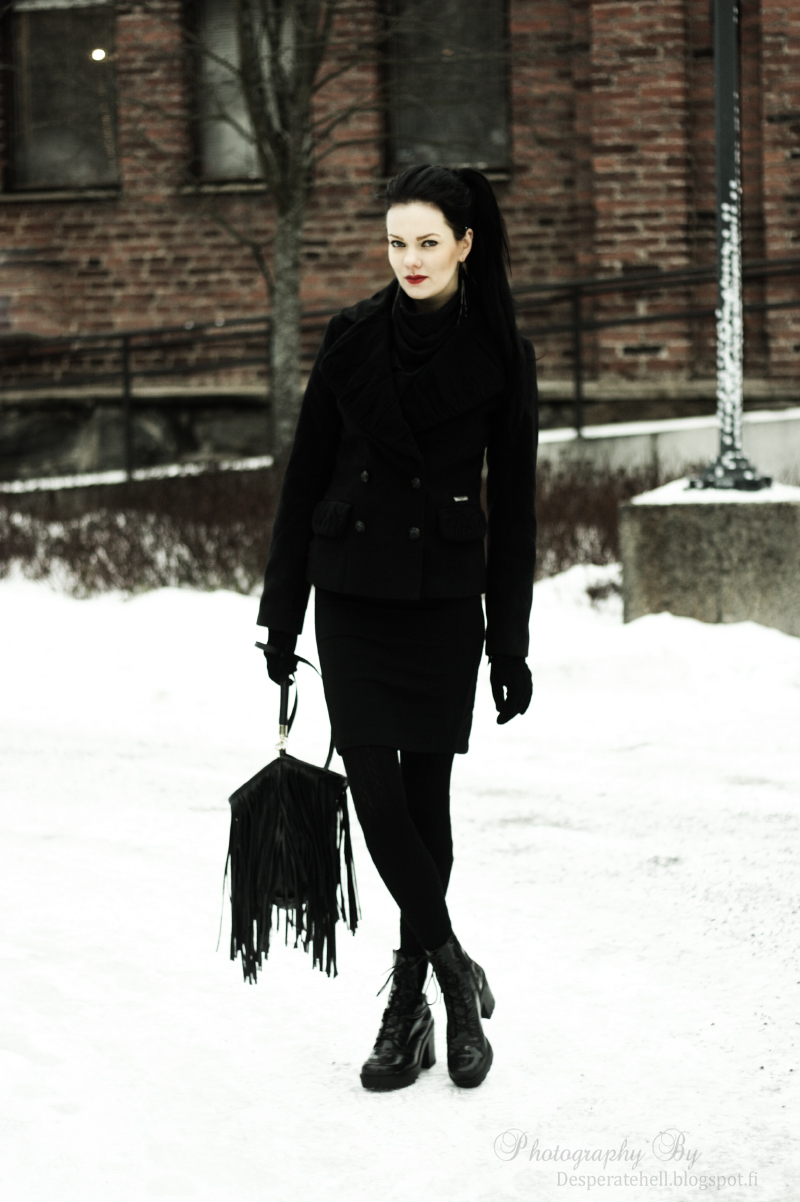 Friday's outfit. A pencil skirt, which is a second hand finding, has lost on me for several days. A coat is from Queen of Darkness and the shoes from my favorite shoe brand Vagabond. 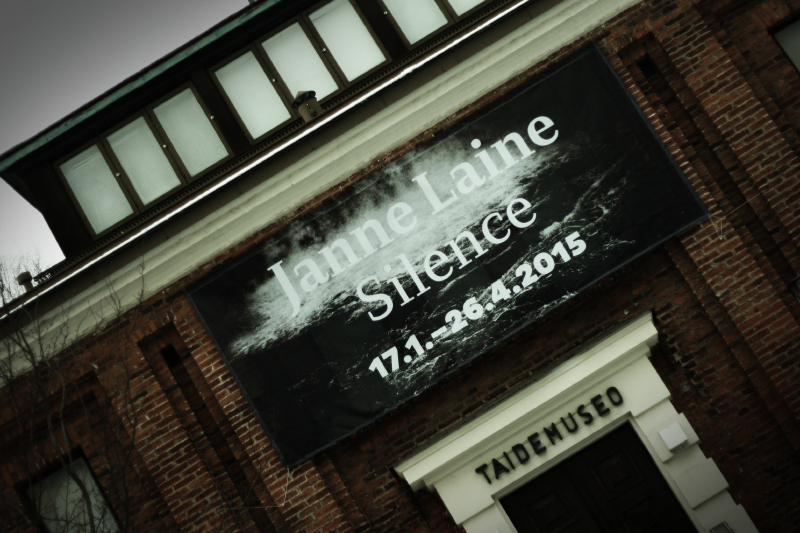 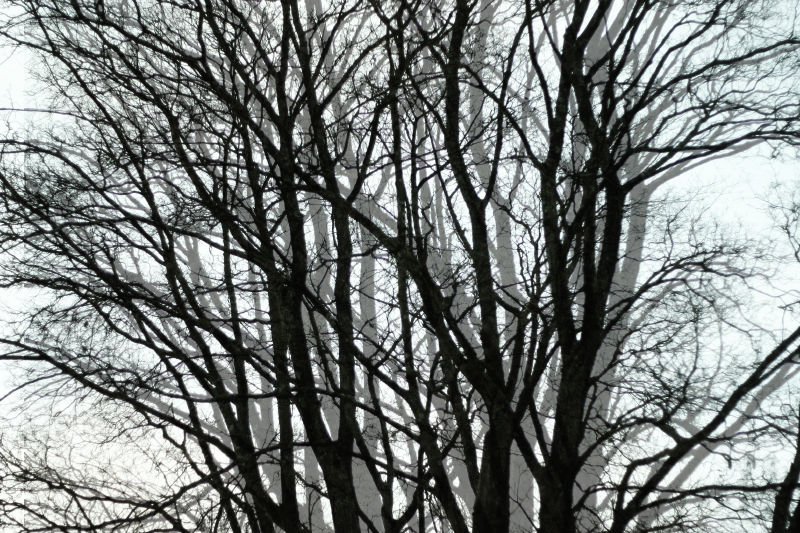