Past in the frames

What a second hand day I have behind me. I visited a gym in the morning and at the same I popped a flea market which is quite new, huge and close to my dwelling and found a few really beautiful frames. If you don't know yet, I have a kind of addiction to the beautiful photo frames and usually I buy them from the flea markets. I have a plan to change a wallpaper of bedroom and build splashy picture collection onto the wall after that. This week has included decor affairs otherwise for we visited Ikea one day and I found some small needed details which were missing like (surprisingly) a frame for the Moomin poster and a lamp to the living room. Perhaps I will come to those later. 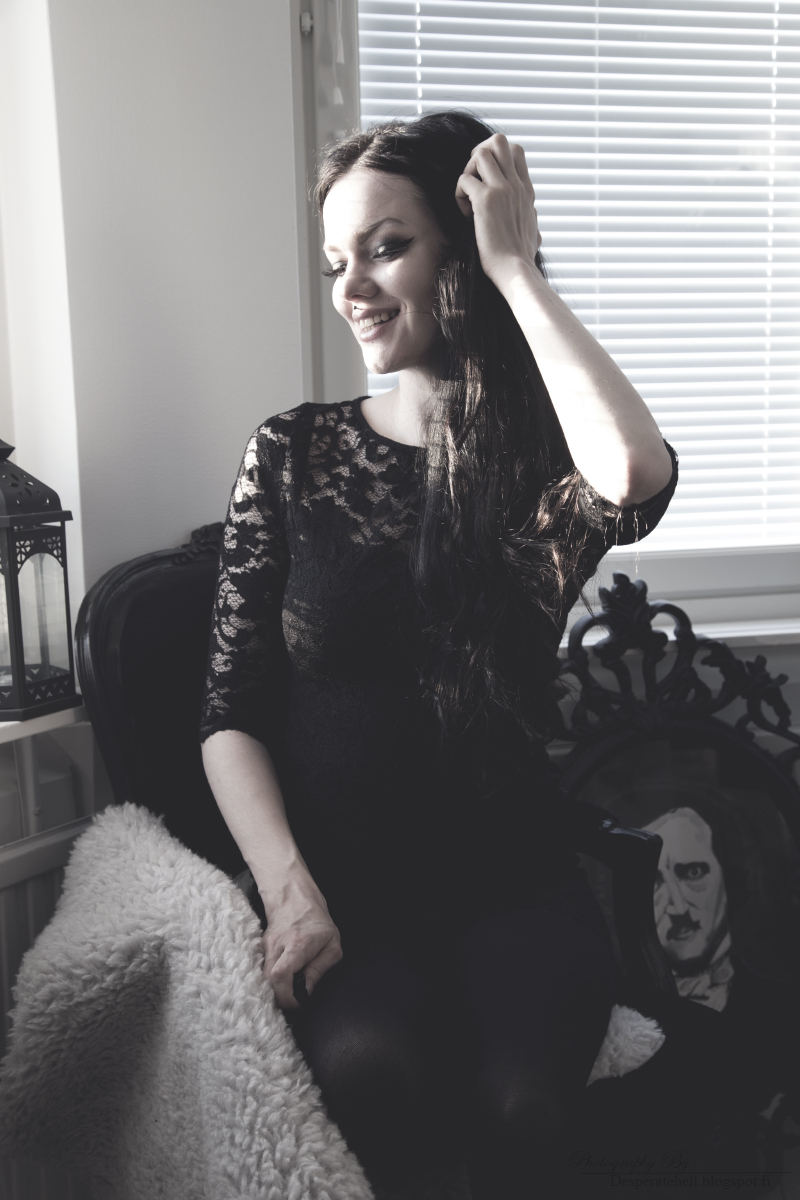 I'm not sure if I change those pictures because I find they are really nice in itself. I have been looking for the oval frames for ages, they seems to be rare to find. 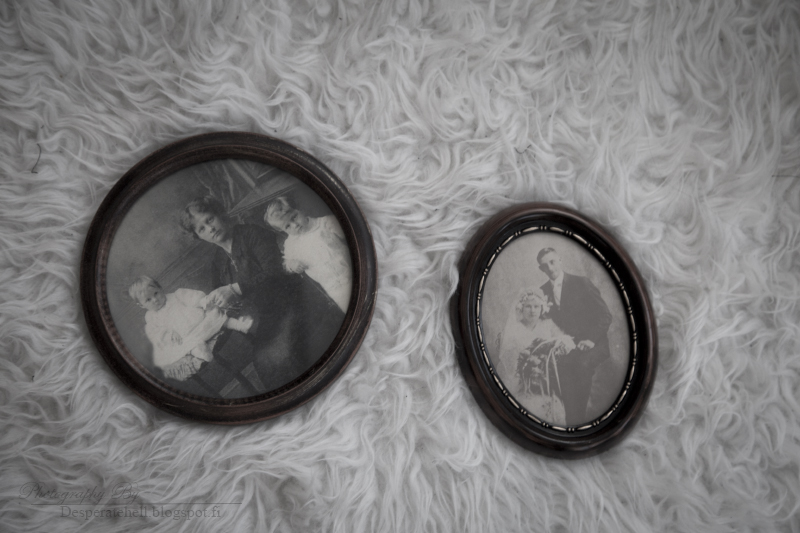 Later today I also visited a goth flea market live which was arranged  today. Unfortunately I didn't find anything and that's perhaps because I'm suffering from the material overdose and sort of I have an inspiration to sew clothes myself right now. I also find that all those famous goth brands are not for me anymore. They are nice, but I prefer more clothes which are not that recognizable. An ordinary black nameless garment is more for me as Lip Service dress.  I like to wear goth brands, but in a minimum scale. 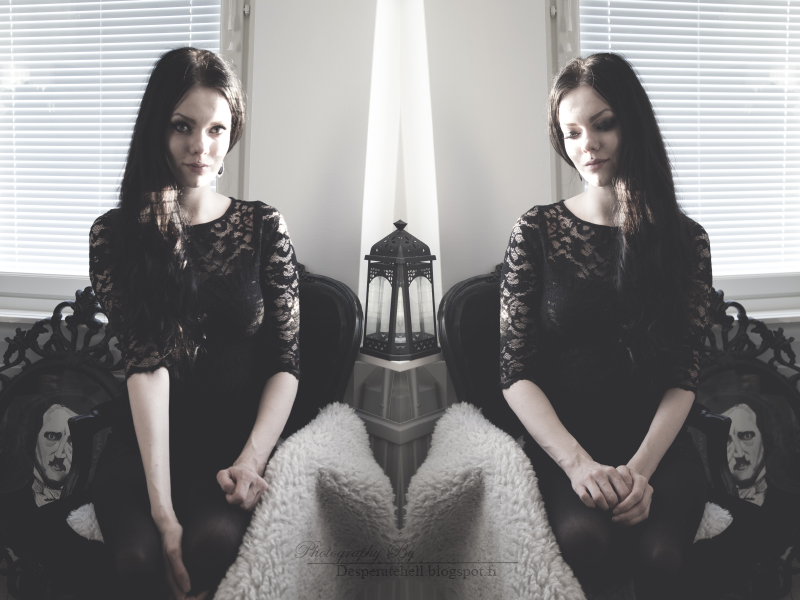 A look from the other day.
Lähettänyt Suski klo 21.45 Ei kommentteja:

Finally the life looks brighter. I managed to have a streptococcus for the first time about a week ago.  I was at work on last Friday as usually, but my throat was very painful already in the morning, but that was nothing if I think how much worse it got during the day. I knew immediately that there is coming something else than just an ordinary flu. When I got to home I nearly fainted due to tiredness. I slept whole evening and night and suffered from a high fever. On Saturday I murmured my bad conditions at home by myself until my boyfriend arrived and brought some food which I wasn't able to eat though.  I was too exhausted to go to see a doctor although I suspected to have that annoying disease and my beloved tried to lure me to go. I was only able to eat an ice cream because the throat was indeed sick.

And this was not all, I also managed to have some weird eczema which is something new to me and now my torso is filled with red spots which might be there for months according to the doctor. There should not be any connection between those two disease, they just happened to occur at the same time (and yes, I know streptococcus can also cause the eczema, but this is different). I'm really happy that my face is spot-free. It's enough that my tummy has a new polka dot pattern. I don't have much experience (for my delight) about the skin problems, so this is very new, but I know that they can be really harmful. Good thing is that this is innoxious. It's only a cosmetic harm. 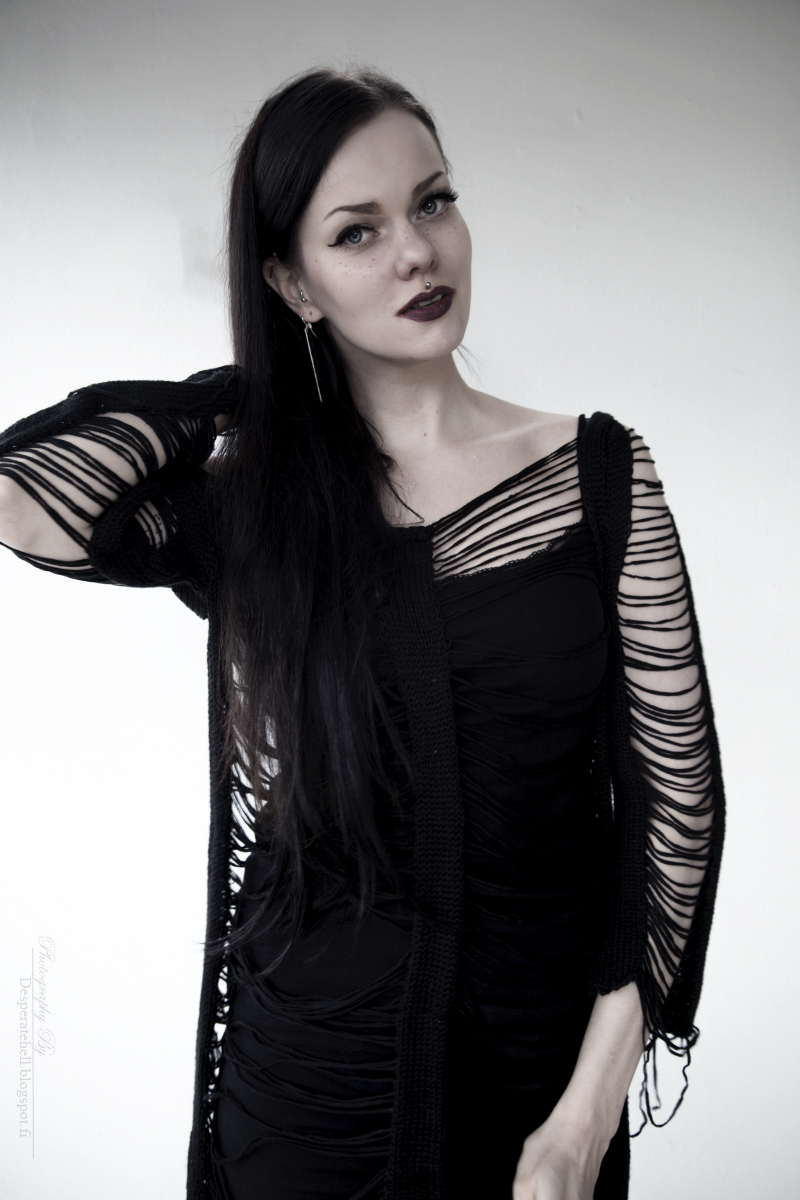 Today is my last day of sick leave and I already feel fine so I decided to invest in an outfit after wearing a nightgown for many days in a row. It felt so awesome to put some make-up and nice clothes on. And to be honest we paid a visit to Ikea yesterday because I was so fed up with being at home and I felt good. 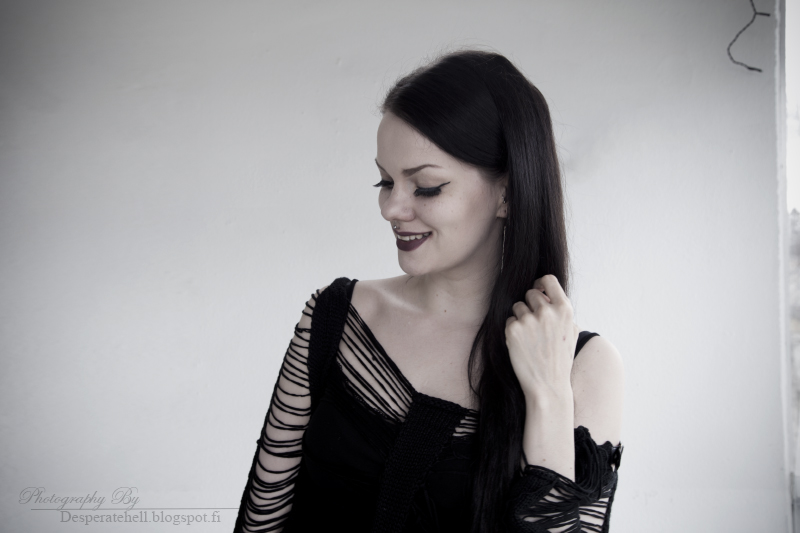 Now it's time to break up this relationship between me and Netflix which has become quite close friend to me over the days (what a pity). Tomorrow the work is calling... Trailer park boys entertained me perfectly.
Lähettänyt Suski klo 19.55 1 kommentti:

And again it's Sunday and a new week is waiting for us ahead. The day flashed quickly. I started sewing a new dress in the morning and a few hours later it was already done. This is rare, usually I don't get anything ready during one day and now I stitched it without stops. Well one new frock for the summer is indeed welcome. 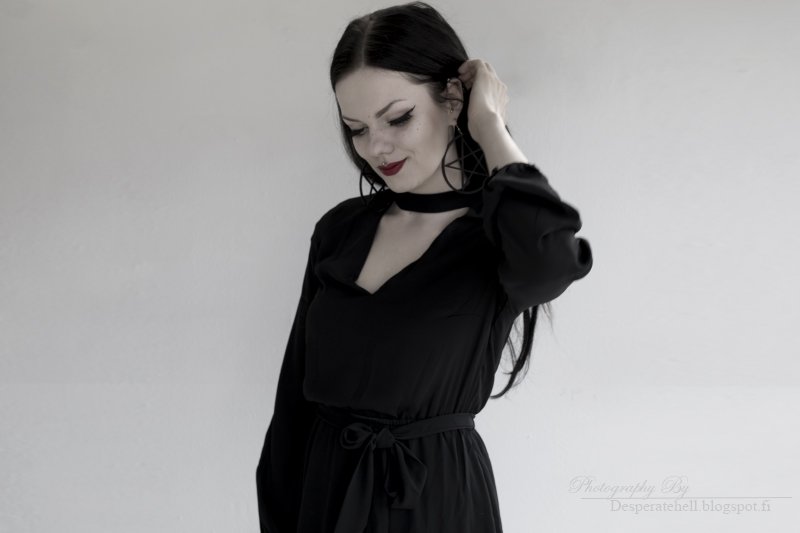 Today I was dressed in this lovely chiffon dress which I found in the sale track last autumn. The dress has its perfect shape and I especially like the collar system and neckline. The chiffon is also the material which pleases my eyes a lot. I've always liked translucent materials and they feel so light after heavy winter garment season. 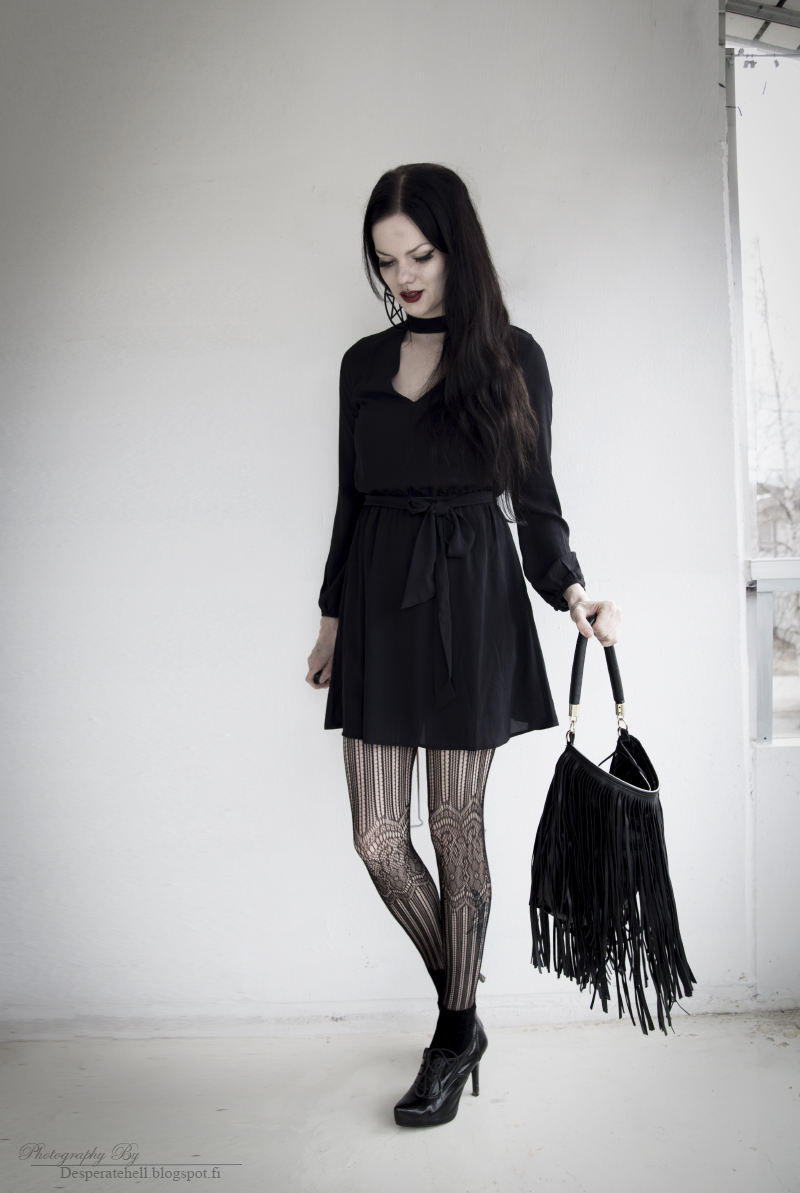 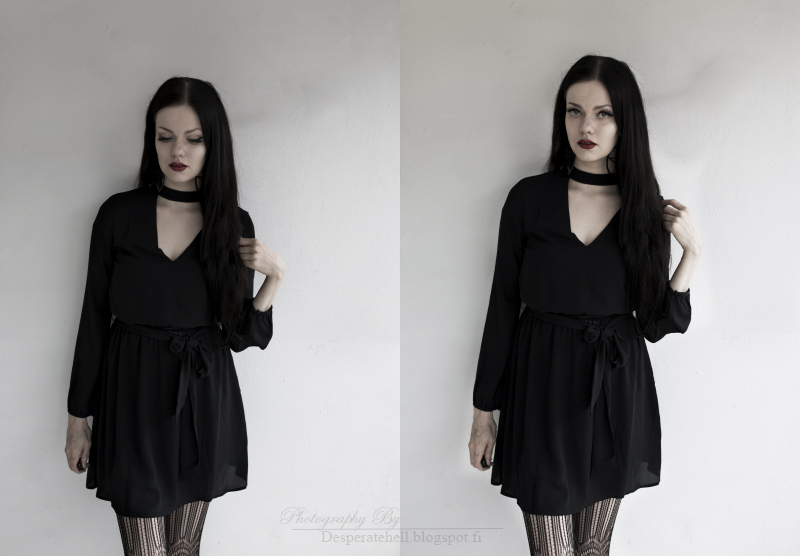 Otherwise the weekend offered some music again in a form of gigs. On Friday evening I pulled myself together and went to see one really interesting Finnish alternative/indie whatever band named Teksti-tv 666. I've seen them once so the band is an old acquaintance to me, but they still sounded good as they did in the previous time. Hope to see them again.

Nothing else special. Just an ordinary weekend quite much home bounded, but that doesn't bother me at all. I also fixed my bike because the summer finally gives some signs of existence and I've been very happy about the warm weather!
Lähettänyt Suski klo 20.43 Ei kommentteja:

In a previous post I hinted about a new dress project and here it is, inspired by the world war II (yep I've been deepening world war II and concentration camp documentaries recently and got this idea via that era). 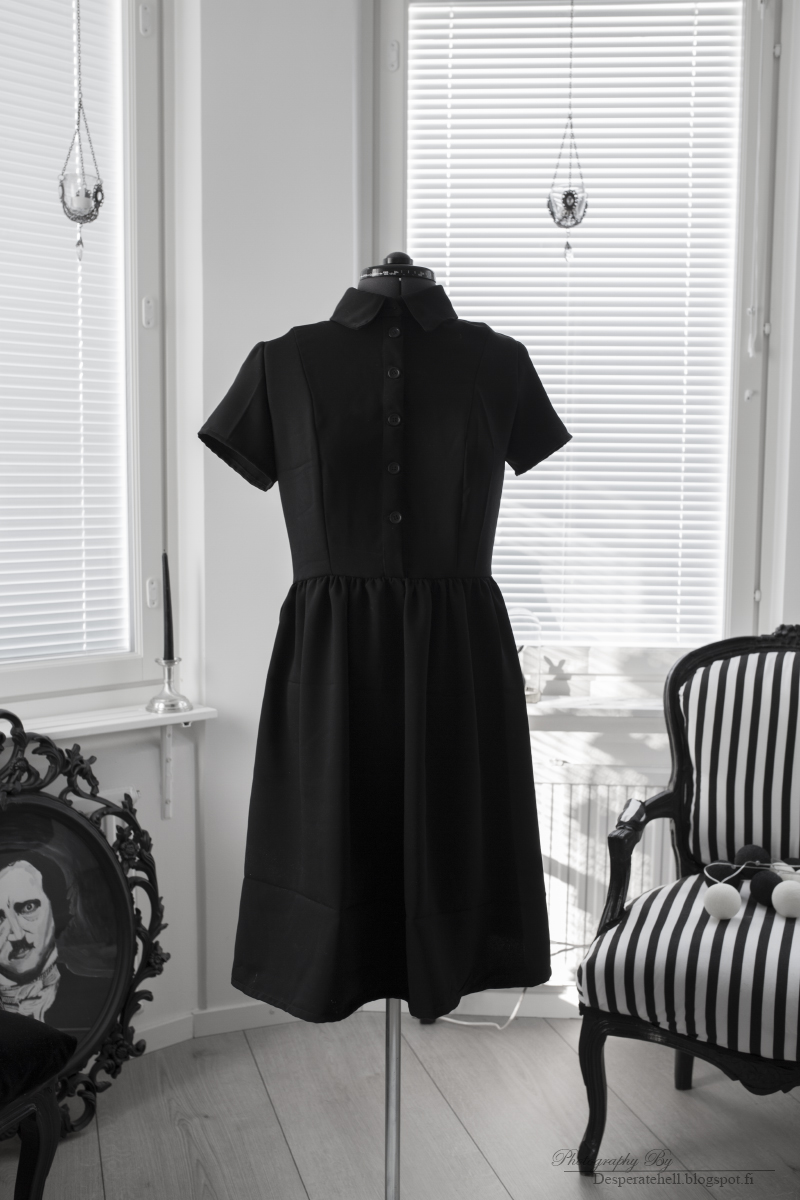 I found a fabric in a local store and it was a piece finding not from a meter pack so I had to design the model in accordance with the size of piece. Perhaps I could have liked the long sleeves, but because there was not enough fabric I had to settle for short ones. But it goes well and perhaps the short sleeves are even more practical in the summer. 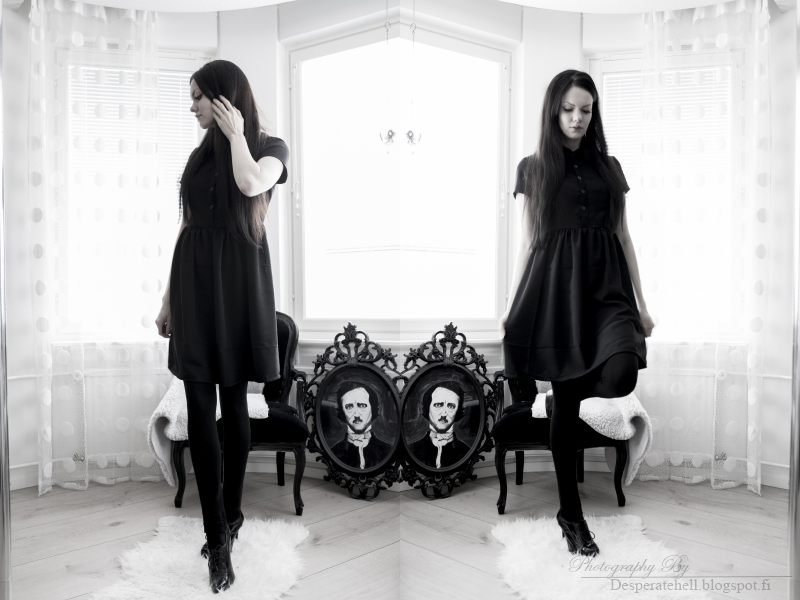 I have a terrible dress fever. It feels that all my old dresses are so worn out that I would need at least five new dresses for the summer. And to be  honest I placed an order yesterday and bought one because I was worried if I have anything nice to put on for Wave Gotik Treffen which comes too quickly. The dresses are so easy and now I yearn lace and more splashy garments into my wardrobe. The winter stunned me into the hibernation and it feels that I worn such a boring garments over the winter,  but now I'm waking up slowly with the sun. Usually the spring gets me feeling down or overwrought, but now it seems to have a reverse effect.
Lähettänyt Suski klo 18.48 2 kommenttia:

A weekend disappeared again too quickly over and I kind of feel a little bit Sunday blue like quite often these days. I had the nice weekend though I didn't do anything specific. I read a lot of law text because I'm preparing for the entrance exam. I also finished the new dress and took a few pictures of it which I introduce you later. 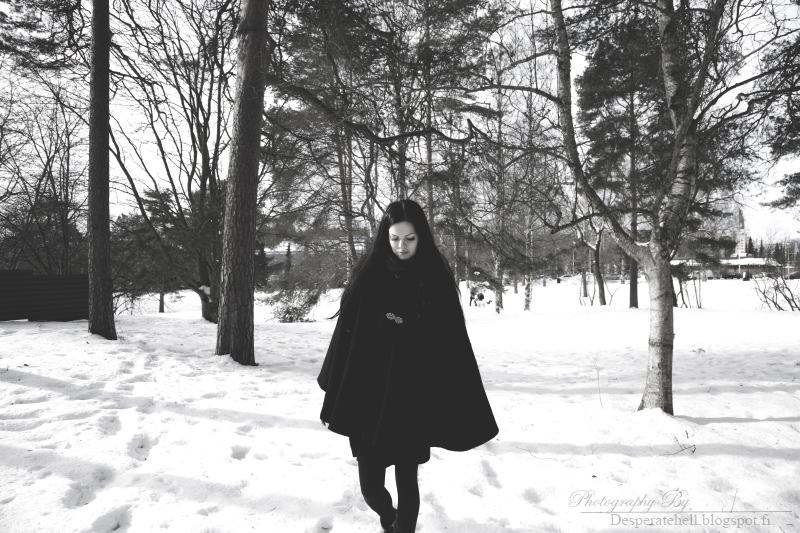 Of course I relaxed too and read this one magnificent piece that has occupied my bookcase for years.  At the same this story is one of my favorite movie. Girl Interrupted; I recommend you all if the subject enthralls you. 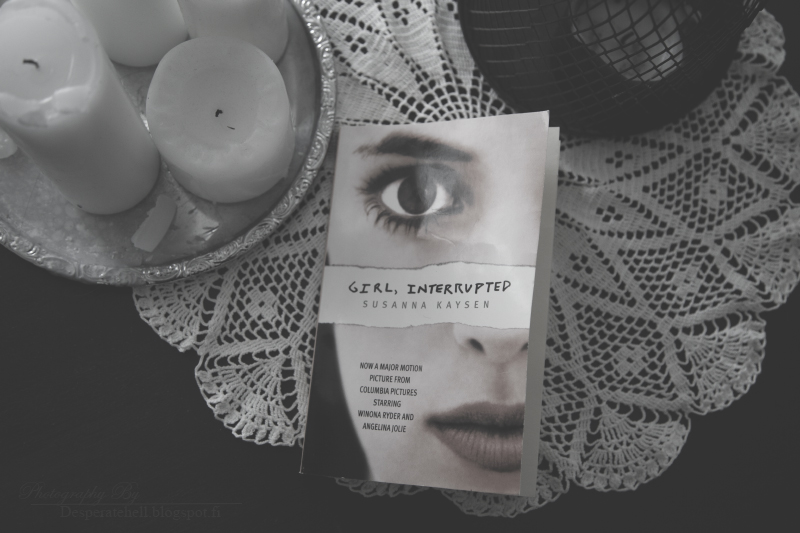 I also watched one of my favorite brainless series these days: Trailer Park Boys. It's something which make me laugh and gets me forget all the troubles which try to inhabit my mind. My beloved introduced me to that series a good time ago. 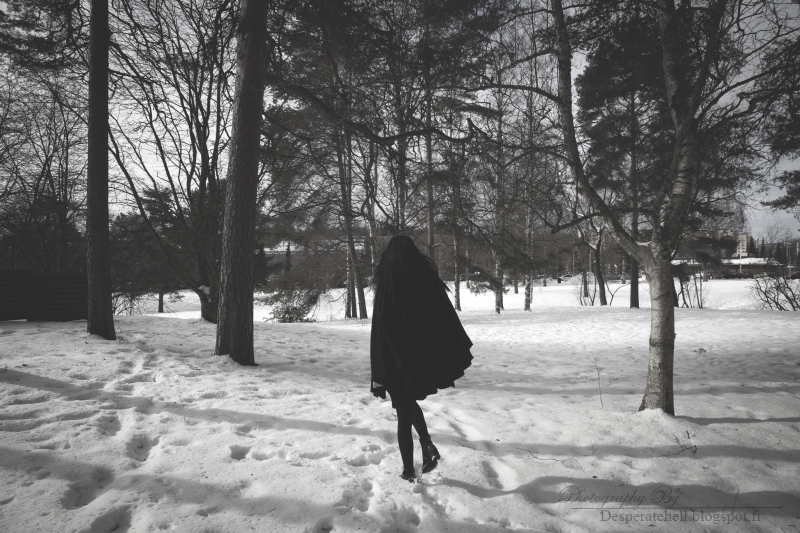 Today I decided that the summer is coming and I packed most of my winter coats and carried them into the basement. It was such a vernal weather and the sun gave heat from the sky. I also enjoyed the weather by sitting on the balcony because it was possible without freezing reaction. Although I'm a child of darkness, I'm waiting for the summer right now.
Lähettänyt Suski klo 20.40 Ei kommentteja:

Last weekend I traveled to Eastern Finland to see my old good friend and spent a short vacation there by drinking red wine and hunting photos ( and not forgetting walking of a dog which was fun). The holiday was really needed and I felt to be a new born while arriving at home.

I have been Imatra as a kid, but not after that, not even  when I lived in Eastern Finland (I always traveled via it by a train) and now I wonder why didn't I travel more there while living there..  well I was a poor student. Imatra is a small city on the border of Russian and there is one of the most beautiful building I have ever seen: 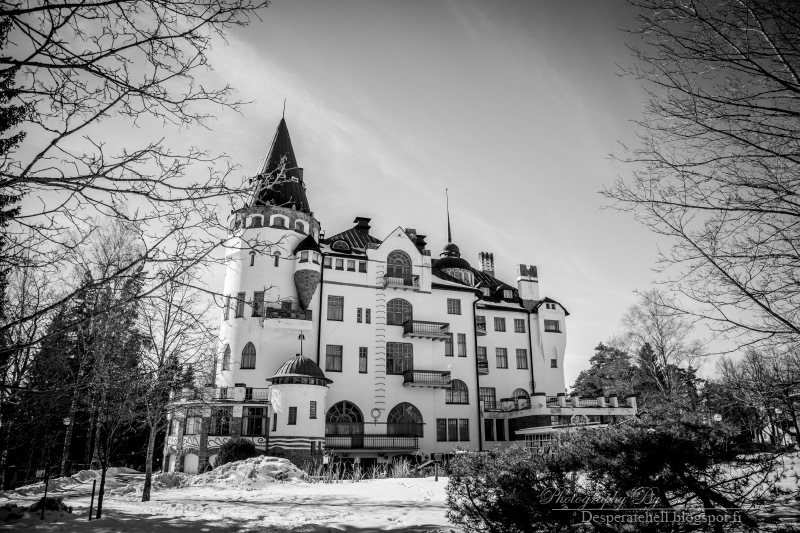 A really pretty hotel and architecture is everything else but a typical Finnish style. If I were richer I would book a room from there.. now I had to settle for sleeping on my friend's couch. 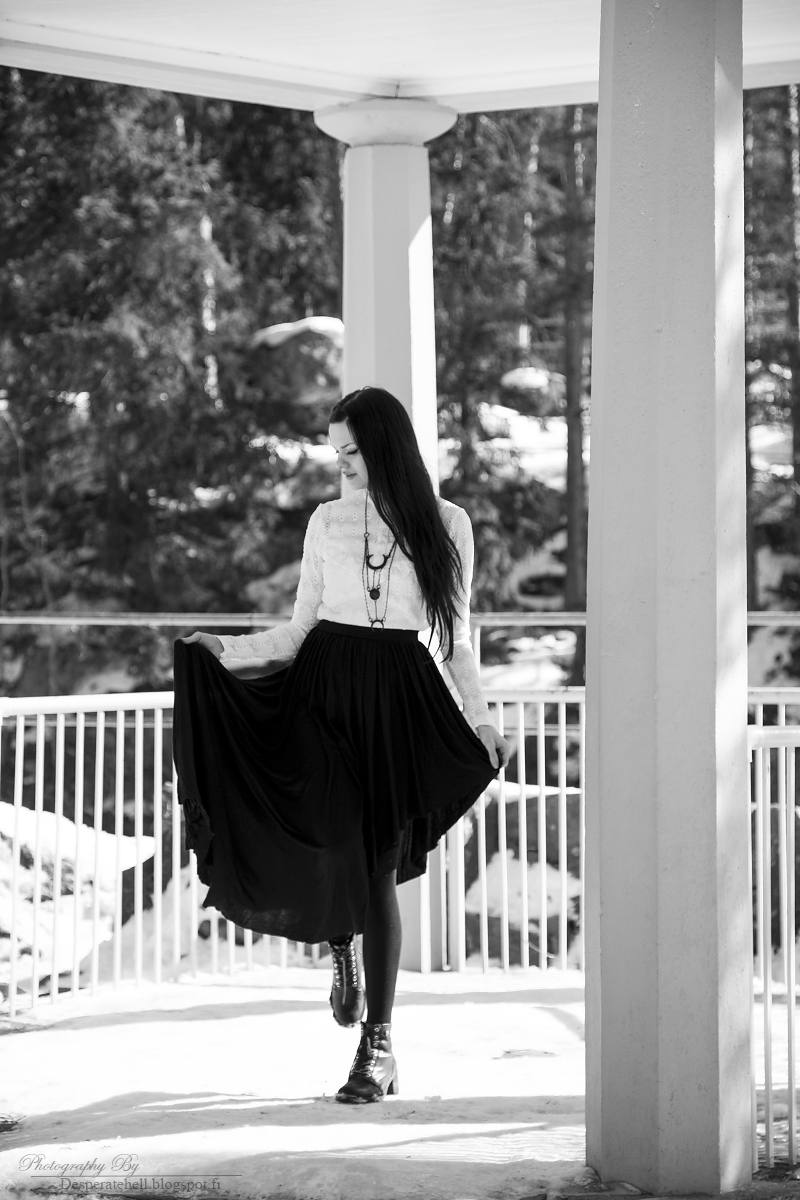 An outfit from Friday. A new white lace shirt got to use. 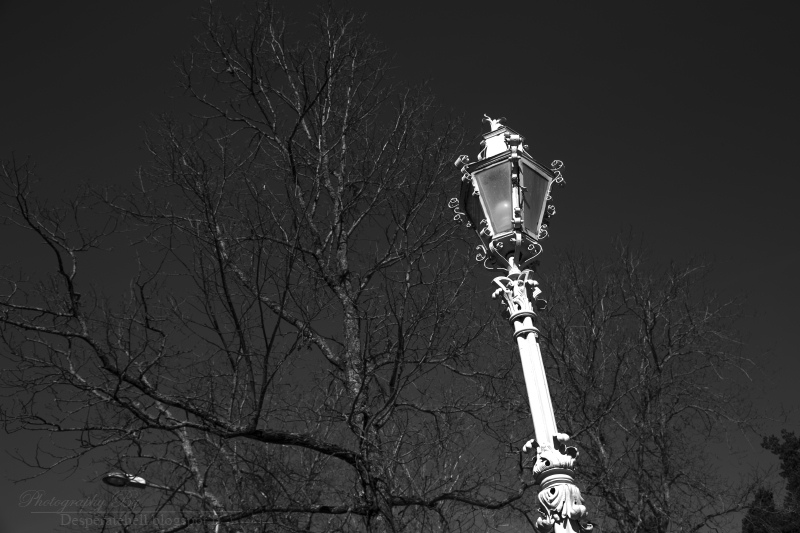 A dry rapids which looks awesome  on live is a local attraction (in a pic it looks so lame). Many people have ended their days by jumping down there over the ages. Unfortunately I didn't have a chance to see a white water show due to the renovation. 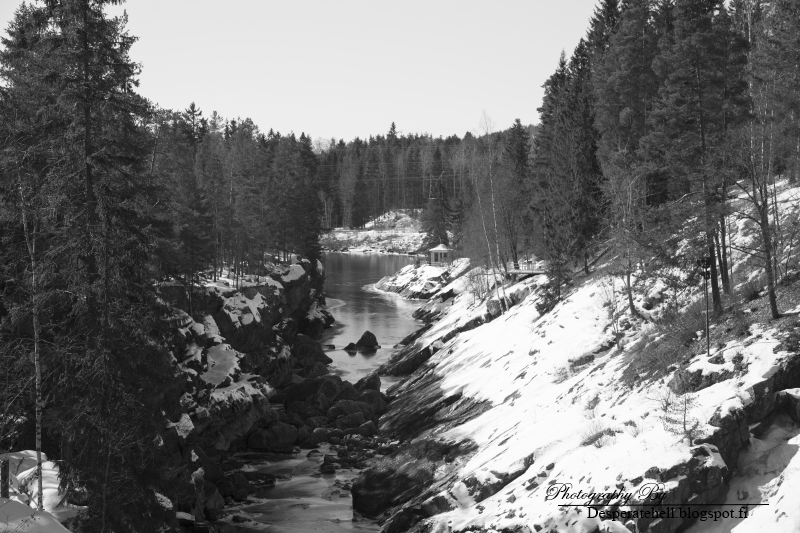 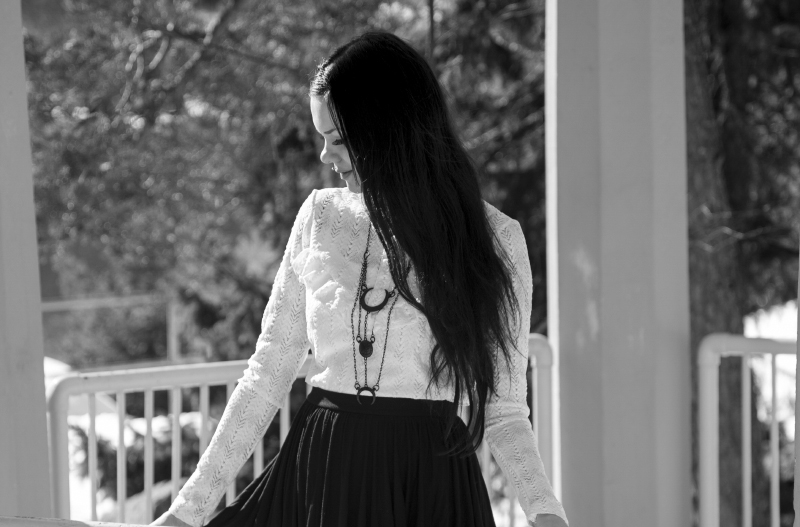 A neat journey across the country and back. A train ride took a little bit under four hours and it spent really quickly by reading. I also though back old times. Ten years ago I made that journey for the first time when  I moved to Savonlinna and it feels like it was yesterday. I was really excited about the new home town and I settled down quickly. That was a good choice back then and those years gave me so much! That city felt more home than my real home town in west ever. It's kind of weird, but my roots come from Karelia. I hope I have a chance to travel and visit Imatra again later in the summer.
Lähettänyt Suski klo 18.28 1 kommentti: